The Financial Crisis – Will It Be Over? 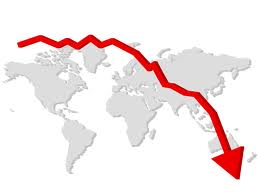 The financial crisis that started in 2008 as if had no intention to be affected by the constant governments’ attempts to defeat it through different means and approaches. All world-known economists have now no hesitation that this crisis could potentially be compared in terms of scale and social effects to the largest one in recent history – “The Great Depression” from the late twenties of the past century.

„But how and, namely, when will the crisis end arrive?” – That is probably the most frequently asked question for the last 5 years, an answer to which has not been given so far. A great number of specialists claim on a regular basis at certain points that the crisis is over or at least its end is feasible. However, from what we see, this is far away from reality since ordinary people all over the world are just starting to feel the effects of the differentiated measures applied by the governments of the mostly affected economies.

An interesting fact when reviewing carefully the struggle against the overall recession and the economic growth downturn is that the two biggest world economies apply two fundamentally different approaches to handle the crisis:

The US government took immediate measures for prevention against severe crisis implications. Instead of austerity measures introduction, which seemed a logical step, the government did exactly the opposite – developed and applied bailout plans for many large public enterprises. Besides, not only did the government avoid shrinking its consumption, but they even increased it. However, that resulted in the accumulation of a tremendous debt amounting to approximately 5 – 6 trillion dollars which practically represents the price of such policy course. Nevertheless, the US economic and political specialists made the decision to follow the consumption stimulation course of action even though that could generate government indebtedness and represent a forthcoming debt crisis.

The EU governments took a fundamentally different policy course – instead of stimulating the economy with public spending, they applied immediately severe austerity measures. As a result of this, it is more than realistic to expect that the indebtedness of the separate member state will be reduced. However, the social price that is to be paid for this seems to be too high – years of social austerity, few social protection benefits and record unemployment levels. It is not surprising that under the present circumstances many governments collapsed as a result of the public pressure.

Where are we? – In the context of this situation, for a long time Bulgaria retained the image of a “paradise” place for profitable investments and outsourcing within the European union. It was hardly the last month when the austerity measures caused public dissent that resulted in the Bulgarian government shocking resignation which seemed more like a voluntary approval vote on behalf of the prime-minister Boyko Borisov. Sociological data, however, suggests that the government party will be once again the first political power after the preliminary parliamentary election which is a clear sign for the people’s positive opinion as well as a proof that austerity measures along with accelerated assimilation of European programs funding represent quite a working formula for the future development of the economy within the on-going financial and economic crisis. We have all reasons to believe that Bulgaria will preserve the image of a stable regional economy and will continue attracting considerable foreign investments.