Stability On The Balkans – Life Within The Crisis 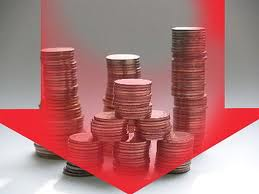 In days of extremely severe financial and economic crisis as well as harsh austerity measures The Balkans seem to be once again a hot spot – a place of marginal contrast and contradiction.

But what particular approaches do governments of the biggest Balkan countries apply in an effort to handle simultaneously the heavy public budget cuts application as well as the country’s internal stability prevention?

Considered one of the most stable economies in the region, the country strictly adheres to the EU provisions. In the last few days, however, even Bulgaria was fully gripped with heavy public protests and demonstrations against the austerity measures applied by the government. The direct consequence of that was the Prime Minister’s as well as the entire Government’s shocking resignation – only a few months before the regular General elections. Despite the ongoing political crisis, Bulgaria’s economic parameters remain quite stable in comparison to some of its neighbors:

Often blamed for and pointed as the main “reason” for the EU public debt crisis exacerbation, after a few successive hard years and having almost reached a status of „selective default”, the Greek government finally see some beams of hope in 2013. The public finances seem now apparently more stable following the several bailout interventions by the main creditors. However, the country’s main economic parameters are far from optimistic. The drastic austerity measures did not actually result in the total spending cut-off and the necessary reforms in the administrative sector were delayed. And even though the efforts put for the cost limitations were partially evaluated the failure in reaching the preliminary original income budget parameters keep on representing alarm signals. The economic parameters of the country are as follows:

As one of the poorest EU member states, Romania is often perceived as one of the serious threats due to its huge migrating population. In 2012 the country also went through a certain political instability following a heavy dispute between the Prime Minister and the President. Its main economic parameters are as follows:

Beyond doubt, when discussing the Balkans’ situation, we cannot omit to bear in mind one of the most rapidly developing world economies although only partially being on the Balkan territory – Turkey. Its political stability and economic prosperity reasonably resulted in the country’s higher international status and respect unlike the deeply affected by the crisis European countries.

We should not ignore the role of the former Yugoslavia republics either as regards to the overall Balkans’ image. Croatia will soon be the newest EU member, and Serbia and Macedonia are now starting their long transition period to synchronizing their legislative norms with the EU ones attempting to be integrated in the community.

Despite the apparent differences in both the development and the problems before the Balkan countries, one thing is certain – they will most likely succeed in handling the rather difficult tasks they are facing, mostly counting on their rich experience in dealing with and surviving in critical situations which was accumulated throughout their historical existence.

February 27th, 2013 Posted by RPNAdmin Filed in: Other