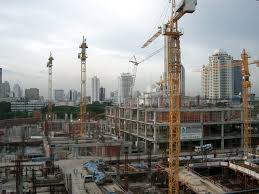 Many specialists and consultants expressed their firm belief that there is an ongoing process of recovery on the real estate market in Bulgaria. Similar tendencies were noticed in 2013 in Western Europe and it is considered logical that such will appear in the eastern part of the continent, including Bulgaria, at a later stage – near the end of 2014.

Recovery on the real estate market is expected at the beginning mostly in business property deals followed by a considerable growth on the house market as well. The main reason for this trend is the reduced profitability from such deals in Western and Central Europe as well as the still existing perspectives in the East. These facts are more than sufficient for many risk-oriented foreign investors, ready to take investment steps in this sector in Bulgaria and the neighboring countries.

Besides higher profitability investors can count on a relative stability of their investments regarding future perspectives. At the moment there is a real ‘boom’ of registration and realization of outsourcing businesses in Bulgaria as well as restoration of local business positions. Trends suggest that this process will continue guaranteeing greater demand for even more office areas and business buildings. The more flexible real estate investors seem to have realized that orienting themselves towards business properties.

The current positive tendencies on the real estate investment market are additionally influenced by the fact that there has been a recent movement in bank loans related to the terms of mortgage loans approval. Furthermore, banks themselves accumulated a considerable share of real estate properties in the last few years (as a result of bad loans) which will invariably affect the market at a certain point. The eventual release of such properties on the active market could cause serious deviation of the supply, demand and overall real estate property prices formation – hence, the realized profitability.

Taking into account the above described specifics of the real estate market in Bulgaria, we can expect considerable changes in the current status in terms of foreign investors’ interest restoration. That would undoubtedly represent another clear signal for the overall recovery of the national economy and the re-gain of the country’s role as an attractive destination of available and efficient real estate investment projects.