Positive Signs on a World Scale 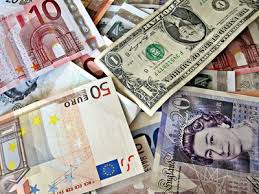 The approaching end of 2014 gave clear signs of actual results related to the great effort put into meeting the world economic and financial crisis challenges. Beyond doubt, the major problems derived from the western economies (mostly the US one) and the logic dictates the resolution should come first from these countries (USA in particular).

Western Europe and the USA applied a different approach to meet the difficulties in economic and social terms. Naturally, positive results were to be expected sooner or later. Hardly have any specialists, however, predicted such a positive scenario at the end of 2014 for two of the world’s largest economies – USA & Great Britain.

The latest public data show that the USA has finally taken firm control on the dangerously increased budget deficit. The threat from the so called “fiscal cliff” (a popular term used in the last few years) seems reduced since the President Obama’s administration are reaching one of their ultimate goals – economic growth, unemployment decrease and budget deficit reduction. The positive effect from the re-start of one of the largest and most important economies in the world is tremendous – this will practically trigger certain investment behavior and will positively influence almost every market economy, including Bulgaria’s one.

Opposite to even the most optimistic prognosis Britain’s economy has realized a serious progress in tackling unemployment by reducing it to barely 6 % – values that are close to the all-time record low for this economy. For the first time since 2008 the number of the unemployed in UK has fallen below 2 million. The actively employed in the country are 30.76 million even after the intensive immigration that drastically increased the number of people looking for jobs in UK. Although those positive figures have not had an actual impact on the income yet they are of great importance to the national economy.

It is obvious that there is an ongoing process of overall economic restoration on a world scale (although still rather subtle). The fact that the world’s leading economies are apparently getting out of their stagnation clearly shows that the realized reforms of adapting to the new economic reality are successful which could be a reason for positivism and expectations of a potential future economic growth.