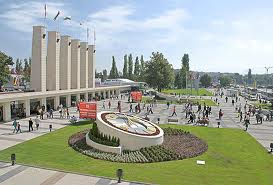 Situated geographically in the central part of Bulgaria and in a historically important area, Plovdiv can boast with a highly diverse and sophisticated labor market. In the last few years we witnessed a tendency that was as if especially typical for the city – steady migration of people from the region as well as such from the entire south-eastern part of Bulgaria towards Plovdiv in an effort to achieve a better living standard and find more opportunities for professional and career development.

As a result of that the population permanently or temporarily living in the city ostensibly increased and according to many statistics sources unofficially doubled within the past two decades.

All that could not remain irrelevant to the major labor market characteristic features which developed to a high extent in a specific way with no similarity to other cases in the country.

Diversity resulted in two main characteristic features which influence formed the specifics of the labor force available in the city:

1) High competition – the labor market diversification was accelerated by the intensified urbanization process taking place in the country throughout the last two decades. That resulted in the in-one-place accumulation of people with different abilities, education, qualification and practical experience. Thus, to a large extent, the business was facilitated in the process of qualitative and effective personnel enrollment, ready to work at quite acceptable prices.

2) Low cost – the process of gathering a large number of active people in one place undoubtedly influenced in a positive manner the city and the adjacent region’s economy which was stimulated by the wide range of opportunities for diversification and labor market price segmentation. The labor force price in Plovdiv still seems relatively low having in mind the quality that characterizes it.

Practically, all that a businessman could search for can be easily found in Plovdiv – prices as well as personnel qualification.

All this turns the city into an attractive investment destination mostly to businesses oriented towards specific personnel and labor-related activities. Not surprisingly did the outsourcing of companies operating on the software services and call centers markets expand so vastly in the past few years. And this represents a clear sign that Plovdiv has been developing in the right direction and at a speed giving high hopes for the formation of an even more compatible business environment that could make the city a more and more popular and attractive investment destination and after all contribute to the real ostensible prosperity of the state economy in which development Plovdiv plays a considerable role and has an overall high percentage distribution.