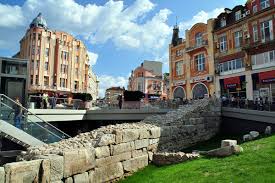 The implications of Plovdiv’s election as the 2019 European Capital of Culture are tremendous for the city itself as well as the entire state. The positive effects of this have economic, cultural, social and even political aspects.

The European Commission’s statistical data clearly suggest that the implications of the election of a city for this prestigious role invariably result in its subsequent positive development. The overall economic effects exceed twice the average initial investments. According to the so far calculated parameters the total investment costs (organization & transportation) reach 38 million euro on an average basis, while the ultimate economic effect is equal to approximately 70 million euro.

What does the election of Plovdiv as the 2019 European Capital of Culture mean to the city itself?

The city is expected to attract a considerable number of tourists that will visit all cultural events related to the organizational platform. As a result of this an impressive local business income growth in 2019 is to take place – accommodation income, food and beverages sales income, fees, etc. – this would undoubtedly stimulate the economy.

Such an event is expected to have a tremendous cultural impact, especially in terms of image, relations, activity and overall cultural dynamics. As a result, the city is to be included in many cultural projects (taking into account its proven potential). In general the image acquired by the respective city, European Capital of Culture, is often considered a key social factor.

The long-term effects of Plovdiv’s election as the 2019 European Capital of Culture could be found beyond the short period in which the city will be in the limelight. They are related to a permanent economic, cultural and social growth and could hardly be subject to direct research and calculations. The European Commission’s data vary clearly proving the role of the particular case and the specific features of the city itself.

It is certain that Plovdiv could expect considerable development not only in cultural, but also in economic terms, that derives from the accomplishment to be elected the 2019 European Capital of Culture – only time will show how well this achievement as well as all inherent opportunities will be realized.

November 30th, 2014 Posted by RPNAdmin Filed in: Other