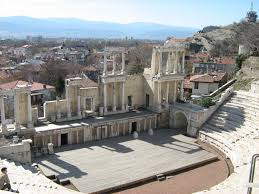 Bulgaria (and particularly Plovdiv) can boast with a very serious accomplishment. An international expert commission announced Plovdiv is to be the 2019 European Capital of Culture. This represents a great recognition to the city living standard, its cultural, social and economic potential as well as the capacity of the culture- and economy-oriented citizens.

Bulgaria was selected as a country to nominate a city for the European Capital of Culture in 2019 presenting the impressive applications of Sofia, Plovdiv, Varna and Veliko Tarnovo. In the final round the four cities had to put a lot of effort to impress the international commission by promoting their cultural and social potential. Each city presented its own unique vision by choosing a specific presentation theme as follows:

Upon careful examination of each separate aspect of the presented cultural platforms the international commission made their final decision in favor of Plovdiv.

The mayor as well as all involved administrative personnel and city activists responsible for this positive result expressed their satisfaction with the outcome and pointed out that Plovdiv is a city that could well realize the EU cultural program. Indisputable evidence of this is the activity and dynamics of the overall cultural and social life of the city as well as the undisputed advantages of Plovdiv over the rest candidates.

The socio-economic implications of Plovdiv’s choice as the 2019 European Capital of Culture will be reviewed in detail in our next article, but even at first glance the financial aspects of this achievement are impressive. Plovdiv will receive a direct money transfer of 1.5 million euro for cultural purposes. In addition, the approved cultural infrastructure budget of the city is over 14.5 million euro, while the performance one – over 22 million euro, 3.5 millions of which is private capital.

One of the most important contributions, however, is the fact that Plovdiv’s success in this venture will reactivate the local economy and will popularize the city as a cultural and economic destination with a great social and investment potential. Beyond doubt, that will influence in a positive way the further development of the local as well as the national business climate.

November 25th, 2014 Posted by RPNAdmin Filed in: Other