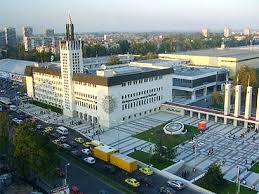 There have been interesting recent tendencies in Plovdiv’s business development. Undoubtedly, the growth is mostly due to the overall trend of slow, but steady GDP increase mixed with the advantages of the big city that should also be taken into account as already described in our previous articles.

What did the impressive local economic growth result in?

Hardly can an unambiguous reply to this question be given, but what is certain is that there were many changes (mostly positive), some of the most important ones are listed below:

Plovdiv is among the cities in Bulgaria with lowest numbers of unemployed people – a fact that is entirely due to the dynamic economic development & the favorable business environment. The business growth of the city is mostly stimulated by the foreign investments volume – not only by Greek and Turkish businessmen now, but also by many western companies that opened local branches.

Plovdiv was subject to intensive development of house and office area construction in the last 20 years. That boosted the economy of the city thanks to the business opportunities and business expansion space demanded by companies looking for broader, more comfortable and on many occasions – higher-class areas. Despite the construction intensity in the city there seems to be a quite strange paradox representing a deficit of business areas – ready in-house office space as well as business parking areas.

The educational level in the city managed to preserve its high standards and even to introduce new opportunities like private colleges and universities. Practically, Plovdiv turned into a center of high-level education in South Bulgaria. The existing qualifications and educational degrees, on the other hand, provide the necessary to businesses and people opportunities for realization.

Beyond doubt, Plovdiv’s growth represents a direct consequence of the logical development and realization of the city in different aspects. This accomplishment turned into the driving force of the local economy and a major reason for the realization of further positive results.

September 25th, 2014 Posted by RPNAdmin Filed in: Other