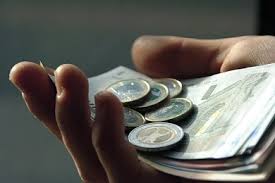 The pension reform and the particular ways of its introduction appear to be one of the most difficult tasks before the new Bulgarian government. The sensitivity of this matter and the dependency of a great number of people on any related decisions are the major issues that block the smooth realization of any reformation ideas.

A functioning pension system appears to be a mandatory requirement not only for a balanced state budget and reasonable spending of social security and tax revenue, but also for providing a predictable business environment with clear pension and social security parameters.

The plans including a smooth increase of retirement age in 2015 were not realized in practice following the government’s decision to refrain from such changes at the start of its office (not unlike governments in many other European countries that decided not to provoke any further social tension at a moment of stagnation and overall austerity).

Large disputes were, however, caused by the government’s decision to slightly change the way of generating additional mandatory social security payments by granting the National Social Security Institute a certain access to them. This decision provoked contradictory response from both labor and business organizations. The criticism was mostly related to the presumption that such changes could practically disrupt the integrity of a stable pension system based on two major pillars.

It is obvious that the government is trying to stabilize the pension system through re-direction of more funds to the state itself providing more convenient and more practical (in conformity with the national interest) management of the revenue from additional mandatory social security payments. This would undoubtedly guarantee the more active involvement of the government in social security matters allowing an integrated national approach towards the correct manifestation of the pension reform.

Simultaneously, however, such a decision would invariably harm the independence of the social security system and would disrupt the private management of personal social security batches.

Currently the decision on the destination of additional mandatory social security payments is still pending – more debates on that matter are yet to come prior to the official legal submission of a specific reformation text. However, an important point that is worth being emphasized is the apparent existence of clear and strong political will for the realization of the already rather delayed painful pension reform in Bulgaria.

December 20th, 2014 Posted by RPNAdmin Filed in: Other