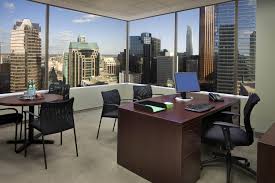 In the course of slight world and economic crisis recovery a lot of markers can be used for the analysis of the practical effect from the economic growth and the actual duration and stability of this trend. One of these markers is the rate of office area demand and supply. This process is especially important due to the fact that the demand for such kind of areas is driven by one purpose – the physical movement of businesses (key component here is “business”).

Unlike residential areas that could be subjected to passive investments by individuals with no practically added value for the economy whatsoever, the demand for trading and office buildings represents an indisputable sign of an active business behavior.

According to the most recent public data buildings area used for trading purposes in Bulgaria is expected to increase by 19 % in 2014. This good news comes at a moment when the government as well as several international agencies re-confirmed their prognosis for a stable growth of the national economy in 2014.

The demand for office and trading area is concentrated mostly in the capital and the biggest cities. That is a well-known trend, a part of the overall urbanization process taking place in the last 25 years.

Logically, following the above described tendencies, a considerable growth in construction is expected. It will result in the availability of new attractive real estate opportunities for foreign investors. Hardly would the same error be done again – a massive and lacking in economic logic construction boom that was observed at the beginning of the new century. Instead, specialists predict reasonable numbers of investment projects aiming to avoid unexpected and unpleasant delays in their realization.

Taking into account Bulgaria’s investment attractiveness as an outsourcing destination in Eastern Europe and the increased demand for trading and office areas we shouldn’t question the positive impact of the world economic recovery on the national economy. Numbers are eloquent and positivism is everywhere – what remains unclear for now is when exactly this will turn into a positive change of the local people’s living standard.