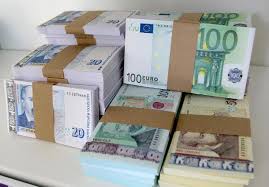 In October 2014 there was a new low in Bulgarian banks deposit interest rates. The lower profitability from bank deposits causes the drop of the ‘alternative price’ which represents one of the major factors in determining the overall investment market behavior.

Deposits are practical liabilities to banks – the cost they pay to acquire liquidity and cash which represent a key resource in the operational functionality of bank institutions. The change in this price (cost) is an indicator of the bank system’s stability, the current economic condition of the country as well as the investment behavior course that is to take effect in short terms.

What does the deposit interest drop say?

In the context of the above mentioned aspects the drop in Bulgarian bank deposit interests could be considered as per the various ways this factor affects the economy:

• Stability of the bank system

Hardly does anyone question the fact that lower deposit interest rates represent an indicator of the trust in the bank system and the practically lower need of banks for cash and liquidity. This clearly shows that the cash currently held by banks allows them to put less effort into its accumulation or short-term retention. And that could only be a positive signal about the condition of the bank system.

• Current economic condition of the country

Bulgaria is in a process of subtle economic recovery. There are no disturbing signs regarding the national finances and the apparent accumulation of cash in banks unveils the current potential of the economy. The next development step would be the realization of this potential through a reasonable investment loans approval in favor of private as well as public entrepreneurs aiming at the successful completion of particular business projects.

The low levels of bank deposits interest rates will invariably result in the future retraction of investors from this low-risk realization of their economic resources. The profitability from bank deposits will practically drop dramatically which will lead to a particular reaction from market participants.

All above described facts provide sufficient ground to expect far more active business and investment behavior in Bulgaria that would ultimately stimulate the economic development of the country.

November 15th, 2014 Posted by RPNAdmin Filed in: Other