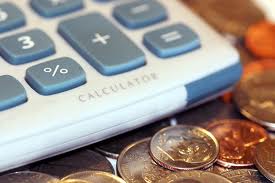 At the start of every year all businessmen and all accountants usually ask themselves what is now different or what could turn different with the beginning of the new calendar period. Being familiar with these changes, especially in tax terms (actual/introduced and upcoming/possible) is, in fact, the basis of the good business and professional accounting services.

That is why it is important to emphasize which are the major tax changes in Bulgaria in 2014 that deserve more serious attention.

- The maximal insurance threshold increases from BGN 2,200 to BGN 2,400 – this is supposed to bring more fresh funds into the pension system from the richer residents.

- People at minimal wage now get the opportunity to have their entire income tax reinstated.

- The bank deposits interest tax rate is reduced from 10% to 8% aiming at its ultimate abolishment within a few years.

- Introduction of the so called “wealth” tax affecting the richest society members, which are to be levied with higher stakes (following the example of some European countries). However, for now this change seems rather unrealistic, mostly due to the disapproval from the main coalition partner in the present government.

- Introduction of integrated income-dependent taxation (flat tax abolishment). This change is hardly possible at that point, however, since it has no significant parliamentary support.

- VAT rate change. This is also scarcely within the plans of the government, but it represents a broadly discussed topic in the recent years which is why it should not be disregarded.

It is highly possible that 2014 bring re-start and re-movement or at least such are the Bulgarian government’s plans, which is apparent from the major changes introduced at the beginning of the year (although some of them looking insufficiently resolve). The positive signs are, however, clearly visible which is confirmed by a series of sociological researches. That is the very boost needed so that the economy could return to a steady growth and impressive investment results.