Invasion of Call Centers in Bulgaria 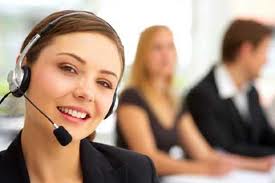 But which are the major factors making more and more European and world companies outsource their departments in Bulgaria?

All of the above mentioned requirements are generally met by the average Bulgarian young workers willing to show their ambitions within an international company, especially in the sector of providing services, which in Bulgaria is by default considered quite attractive bringing a certain degree of social prestige. That is why the reliability of the workers, their high qualification and low price turn Bulgaria into a Paradise place for such developing and outsourcing activities.

It will be honest and logical to mention the remarkable progress of Bulgaria (as well as other countries in Eastern Europe) in terms of developing their telecommunication. The Internet access as well as the overall telecommunication services access is quite easy at prices that are almost absurdly low to any Western European. That gives the opportunity to reduce the costs in that area and get more resolve to start such investments.

Last but not least, we should also bear in mind the quite business-friendly local legislation (within the EU framework) guaranteeing low taxation and labor force costs.

It is not a coincidence that one of the greatest media consortiums (“The Independent”) has recently published an official post confirming these facts.

Taking into consideration the importance of this matter and its enormous impact on our company (and Bulgaria) as well as its international response, our analysts will further review in more depth every single aspect of developing such activity in Bulgaria and the indisputable advantages of the country over its major competitors on a global scale.

November 15th, 2013 Posted by RPNAdmin Filed in: Other