Greek Investments in Bulgaria within the Crisis 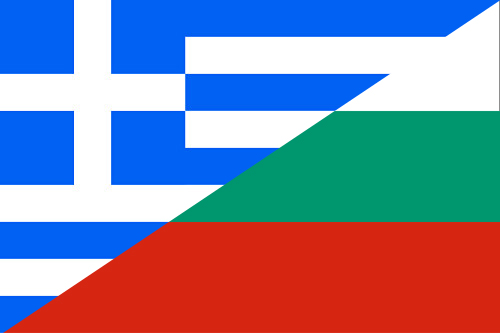 The Greek economic downturn increased ostensibly in the last few years resulted in interesting phenomena in the local economic life as well as in that of Greece’s neighboring states, including Bulgaria. It is doubtless that in today’s global economic world the interference between the economic agents – companies, corporations, states – is more intense than ever before as any alteration in one of the above mentioned entities irreversibly leads to a certain change in all others at the respective level or at all levels. Speaking of key alterations we cannot omit to pay serious attention to those large-scale changes caused by the world economic and financial crisis at the highest possible level – the macroeconomic one “State Economies”.

In this context Greece as a state mostly affected by the debt crisis, having consequently influenced the entire Euro zone, had an enormous impact on the economic life of the not-so-well-economically-developed, but as it ultimately turned out not-deserving-underestimation in terms of future economic potential neighboring state of Bulgaria.

Gradually many economic specialists witnessed an interesting event which would have sounded rather odd or even preposterous a few years ago – massive movement of small and medium Greek businesses (mainly from Northern Greece) into Bulgaria in the form of newly registered companies which only purpose is legal operating and paying taxes in the much more attractive in terms of business development Balkan state.

Apart from the exacerbated Greek economy and the inevitable austerity policy introduced in the country as part of the huge bailout deal made with the international creditors, a key role in the very “movement” of actual Greek firms into Bulgaria is played by the favorable business environment in Bulgaria formed as a result of the efforts of all state governments in the last decade. In the meantime, it turned out that Greek people are facing grave challenges mostly related to the need for urgent austerity and the logical and deriving aggravation of all existing economic indexes. This also resulted in the distinct difference which was noted by the business in Bulgaria and the one in Greece.

- Extremely low tax burden – only 10 % income taxation of proportional rather than progressive type.

- Normal level of VAT – 20 % with no intention or plans of increase.

- Relatively low insurance burden – on employers as well as employees with tendencies of future even lower business expenses.

- More and more flexible and simplified business procedures with the clear goal of achieving dedicated co-operation in the business development facilitating the business/government institutions communication.

Taking into consideration all these key advantages in tax as well as economic aspect of Bulgaria over its south neighbor, it is hardly a surprise that such trends are being reported. In addition to this, we should mention the fact that Bulgaria is already a respected EU-member state and is more and more strictly applying the European legislation with all its rules and regulations so that the business could count on a certain level of security, predictability, clarity and control – such that are to be found in any part of the EU.