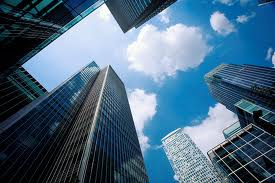 Basically, the foreign direct investments (FDI) represent entrepreneurship activities that investors from one country realize through different companies registered in another country applying control over those companies.

In the last decade Bulgaria was regarded as a real “paradise” place for FDI attraction. A great number of foreign companies sensed market opportunities which they took vantage of afterwards. That resulted in the constant balanced increase in the value and volume of FDI in Bulgaria (as of 2003 – 2008).

For that two-year period the crisis thoroughly affected all economic sectors which resulted in the ultimate collapse of several ones – construction and the closely related services (mostly real estate sales).

2012 did not bring along the long-awaiting alteration but despite that both Bulgaria’s economic stability and the ‘selective-defaulted’ Greek economy had a positive impact. An FDI increase was reported in 2012 first two quarters as compared to the same period of 2011 their level was 3 times higher. For the 2012 first two quarters FDI reached 221.4 million EUR (0.6% of GDP) in comparison to 63.2 million EUR (0.2% of GDP) for 2011 according to the Bulgarian National Bank preliminary data.

No-one can guarantee the continuation of this trend, but positive signs do exist and optimism returns. Although FDI represent only one economic factor, they are a very important indicator that can stand for increased consumption and economic growth.