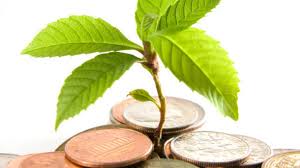 The current overall economic recovery and the national economies’ reaction are deeply influenced by the approach of every local government and the signals they give to the public.

The situation in Bulgaria has been ostensibly improving intact with the positive trends in the world economy. What seems to have been missing in the last few years, however, was the feeling of stability and predictability – signals that move every economy forward. They are in the basis of every businessman’s investment predisposition towards more active movements on a certain market.

After months of political unrest, which did not affect the local economic environment, there are now clear signs of stability and predictability in the country.

Bulgaria’s Finance Minister has recently pointed out that the flat tax, which is arguably one of the most important advantages of the local economy on a world scale, has no alternative. It is a must for such catching-up economies. This official statement stopped all speculations related to the re-introduction of progressive taxation. According to the current government progressive taxation could be an option only once the local living standard has reached the average European one.

According to the officially announced expectations of the government the state budget deficit level shouldn’t exceed 2 % of GDP on an annual basis. Those plans should be realized (despite the increased expenditure) mostly thanks to better revenue results.

The government plans to keep the state debt at a level of about 20 % of GDP remaining one of the lowest EU ones. The possibility of fiscal reserve reduction was officially denied by certain guarantees for its stable position.

If all these plans come into practice Bulgaria will undoubtedly accomplish much better economic results. But even at this stage the economic environment seems stable and predictable which gives ground for higher optimism.