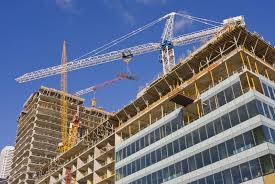 Really positive figures were published by the National Statistical Institute regarding the rate of the construction business development in Bulgaria in January 2014. According to the most recent data there is a considerable growth in the construction business volume in comparison to the previous month and the available figures for January 2013. 2.2 % is the increase compared to December 2013 and 3.6 % compared to the first month of the last year.

The business also acknowledges there are signs of slight recovery although that is mostly valid for the engineering construction. For now the building segment has not increased despite some positive perspectives there as well.

The role of the construction sector for the Bulgarian economy is especially important since it was one of the main reasons for the considerable economic growth during the years prior to the world economic and financial crisis. It used to generate jobs in the economy and make impressive contribution to the ostensible increase of the gross domestic product.

After the abrupt downturn in the sector, however, from the beginning of 2009 till now thousands of jobs were lost which exacerbated the living standard of the local people. An additional burden for the business and people was the more difficult access to bank loan and credit products due to the much less profitable for the business and consumers bank loans conditions.

Taking all this into consideration, many specialists predicted that the economy will start its actual recovery from the moment when banks normalize their loan and deposit policy and the construction reports positive recovery trends. During the last 12 months the banks’ approach on the local (as well as the European) market became more predictable, returning to regular functionality by considerable drop in the deposit and loan interest levels. That is one of the main reasons behind the positive results in the construction sector.

Hopefully, the growth trends in the construction business will carry on since there are no reasons for further downturn. If the increase continues the Bulgarian economy will certainly feel this by its transformation into actual economic growth and unemployment decrease, thereby indicating before all international investors its overall economic recovery.