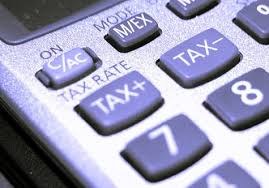 Surprisingly for some and not that much for others, Bulgaria’s Constitutional Court officially announced its decision to deem partially illegal the 2012 legislation changes in the tax code regarding the introduction of a common tax account, thereby requiring its current suspension after the official validation of the decision.

The Constitutional Court considers debt payment order problematic due to the operational functionality of the account itself. According to the present account format the transfer of any amount irrespective of its designation automatically pays off the chronologically oldest debts of firms and individuals. Thus, the debtor is deprived of the opportunity to determine or choose those debts he would like to pay as well as the overall purpose of the payment.

This very aspect of the 2012 debt payment change was declared contradictory with insurance and overall democratic rights. One of the stated motives was the fact that the current regime threatens the rights of insured individuals through tax duty payments.

The National Revenue Agency tried to react by an official statement of further discussions on that matter with the Finance Ministry aiming to come up with various legislation options to meet the new requirements and preserve the common tax account. It seems highly possible that debtors would be allowed to choose the debt they would like to pay with a particular money transfer.

The implications of the Constitutional Court’s decision will bring a logical re-organization of existing debts payment contrary to the claims that it would result in chaos in the middle of the tax campaign. In fact, the expectations are that prompt reaction of the Ministry could ensure considerable facilitation of the payments execution itself.

Beyond doubt, time will show the practical effect of this, but a certain level of business optimization and tax levy enhancement could be expected by individuals as well as firms, especially in terms of debts payment order and the opportunity for their prioritization.

February 10th, 2014 Posted by RPNAdmin Filed in: Other