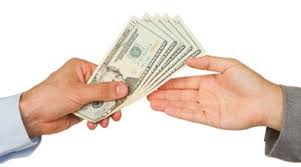 Bulgarian government has recently approved official changes in the Consumer Crediting Act (CCA) aiming to protect the user of these services as well as introduce regulations in this area providing certainty and predictability.

One of the key changes that will come into effect on 23/07/2014 is related to the so called „annual cost percentage“, calculated on the approved loan amount. Currently it might exceed the initial amount several times at a certain stage, but with the new calculation formula it is not supposed to be over 50 % of the loan amount.

This represents a crucial innovation that should provide considerable comfort and even confidence to fast loan customers. There should be no “unpleasant surprises” related to the total payable amount which should make fast loans much more attractive to the majority of people that have rarely taken vantage of such loans.

Besides, there will be restrictions regarding the payable fees and commissions. The creditor will have no right to impose such fees on one and the same service.

It was officially accepted that the Terms of Use of these loans must be issued in the same letters form and size as the main contract itself. They must be personally signed by the customer. These measures should considerably reduce deliberate deception cases in contracts approval.

Change for the economy

Along with the apparently protective role the Consumer Crediting Act (CCA) changes should have it is essential to emphasize that one of the expected effects is stimulation of the economy by encouraging consumption. More and more people are supposed to turn to fast loan creditors following the availability and especially the reasonability of this service which should practically result in greater consumer resources that would stimulate the economy. Beyond doubt, time will show if this measure will have the desired effect but in either case there are signs of optimism and hope in this regard.