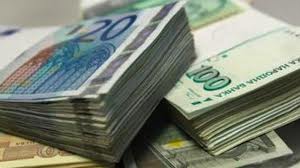 In the course of the analysis of all business incentives capable of affecting the economy we should acknowledge the key role of bank loans. Every economist is well aware that money multiplication in the form of debts and responsibilities for future pay-off of currently obtained and consumed financing is in the basis of economic growth. That is why it is essential to monitor the development of the bank loans market. Trends in this process represent a clear indication of the moving direction of a certain economy.

Hardly would anyone ask why bank loans have positive influence over the economy. Apart from its multiplication effect bank loans also have psychological aspects from human point of view. Every company’s management and every single individual have different motivation levels regarding their functionality and efficiency under the impact of outstanding debts.

According to the latest data about the banking sector in Bulgaria and taking into account the existing trends at the beginning of 2014 it could be assumed that there are reasons for optimism. After the bank deposits policy normalization the same is happening (although a bit slowly) to the bank loans policy. Almost all banks enhanced the conditions of application for and overall service of consumer loans. In most of the cases the documentation review fee was abolished. Other incentives were introduced as well – mostly in the form of additional packages with the bank recipient’s monthly remuneration transfer into the respective bank system.

All this facilitated the access to available money resources by consumers although at least at this stage there are no signs of extra interest in the offered products which is mostly due to the continuing uncertainty regarding the economic recovery.

However, an actual boom was observed with the so called “fast loans”. Although the Parliament has recently approved legislation protecting consumers, there were many people, even before that, willing to take vantage of such loans. A 6.10 % increase in the approved and consumed fast loans was reported in February 2014 compared to the same period of the previous year. This clearly proves the consumption recovery and the existing tendencies of its further improvement.

If the economic environment normalization in Bulgaria continues, it seems logical to expect the positive effect of further loans approval providing actual money in the economy and representing a long-term business engagement to investors (banks). And this will certainly have a positive impact on employment, the living standard and the overall business climate.