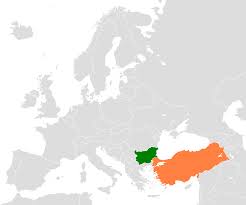 The parallel economic development of closely located in geographical terms countries has always been subject to analysis. In today’s world of developed market economies differences in neighboring countries give reasons for approval or disapproval of particular approaches, policies or courses of action adopted by one or another state.

It would be interesting to draw a comparison between the current condition of the national economies of Bulgaria and Turkey – two countries with a common European outlook and common border, but with fundamentally different economic experience, political and social systems.

Turkey used to be an example of a dynamic economic development for quite a long time – a state that used to accomplish greater and greater results in industrialization, manufacturing and labor productivity. Despite its specific cultural peculiarities the country adopted really fast the idea of free market and capitalism. The gross domestic product was growing steadily and the infrastructure was entirely modernized.

The current state of the country is, however, far from the above described picture – after the beginning of the world financial and economic crisis Turkey met serious economic challenges. They came along with a series of local ethnic conflicts that affected the country in a negative way. Only in June and July 2014 Turkey lost about 89,000 jobs, while the youth unemployment hit the record high of 19.5 %. The social security system is having difficulties functioning since almost 1/3 of the active population pay nothing for their social security, while the massive anti-government protests have already turned into everyday events.

Bulgaria, on the other hand, had to pass through a hard, long and painful transition period from centrally managed to market-oriented economy. Many reforms took place, the entire state system was re-structured and in 2007 the country achieved the greatest success in its most recent history when it became a member of the European Union.

The current state of the country is not the best one possible, but is still within the current average EU framework. There are now reasons for greater optimism once unemployment started decreasing and the economic development is recording a higher (although slight) growth almost every quarter.

Despite their geographical and historical relations Bulgaria and Turkey have adopted different approaches towards economic development sharing, however, common Euro-Atlantic values. The latter is to result in the more intense relations between the countries and their more tangible mutual economic and political support in the accomplishment of common economic and social goals.