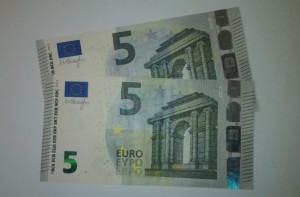 As part of the ex-communist alliance Bulgaria had to undergo the painful transition period of the economic functioning adjustment from the world of strong regulation and autocratic directives execution to the reality of competition existing in the market economy type. By default that involved the completion of the hard, slow and, on many occasions, non-transparent process of public assets privatization which resulted in serious losses of market positions, demise of entire industrial and agricultural sectors as well as high levels of unemployment, inflation and low economic growth. However, only a few years afterwards (at the end of the 90-ies of the last century) Bulgaria stepped on a solid ground and took the right way towards the market economy which led to its membership in the European Union and NATO. And at this point the country can boast with modernly developed economy and excellent practical tax system – a mixture of already efficient and stimulating–proved tax mechanisms as well as innovative ideas bringing fresh and bright perspectives for future development.

Doubtless Bulgaria’s tax system is at this stage utterly aimed at giving advantages to business and investments. Not surprisingly, especially in the last few years, a great increase in foreign direct investments as well as in actual operating local business entities was reported. Despite the fact that ever since the beginning of the crisis a downturn of the above mentioned indicators as well as relative local business consolidation have been observed, this process could more likely be perceived, on the one hand – as a normal global tendency and proof of Bulgaria’s economic life being an integrated part of the world’s one and, on the other hand – as a process of specific “recovery” and natural re-distribution of economic assets which remain only at the disposal of the most flexible, most adjustable and most rational economic subjects.

But what is the role of the tax system in this complicated process?

Firstly, we should stress that the major tax rates levels in any state directly determine the funds share which companies can keep for themselves and the one they are to pay irreversibly to the government of the country they operate in. That is the very reason for the appearance and development of the so called “outsourcing” process – the goal is eloquent: optimization of processes and expenses reduction with no reversed impact on the production volume.

Besides, countries with clear, eloquent and unambiguous legislation provide much more convenient conditions for business development. And if this legislation is close (identical) to the tax system in the investors’ state and the application logic is similar, then they cannot just miss the purely mathematically lower production cost.

What is the instrument Bulgaria applies to take competitive advantages in terms of its tax system?

It is a well-known fact that the tax system in every modern country is perceived by investors taking into account the values of two major taxes: Corporate tax and Value-Added tax. In addition to that, several other accompanying taxes should be considered as well (Dividend tax, etc.).

The Value-Added tax level in Bulgaria could be defined as an average European one – doubtless, not rather high. It is one of the most important reasons for the country’s tax system stability, especially bearing in mind the fact that VAT debates in Bulgaria involve its rate eventual alteration much more downwards than upwards.

The rate of this key business levy as well as its proportional (flat) calculation guarantee the preservation of a greater profit share at business disposal with the ultimate goal of its re-investment (there isn’t legislative requirements for the latter though). This liberal business profit tax regime undoubtedly makes the country one of the most attractive business places in Europe characterizing it as quite a remarkable investment destination.

All these facts clearly and eloquently create an image of Bulgaria, essential for its further economic development and meeting the transition period challenges, mostly related to the industry collapse. Now the perspectives before the country are more than positive in economic terms, especially compared to some other member states within the European Union. And throughout this entire process the state tax system plays a key economic and promoting role, stimulating in the best possible way and attracting through an extremely efficient approach future investment initiatives.