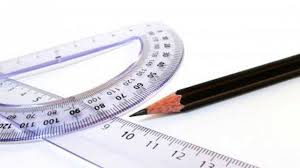 One of the most important advantages of Bulgaria particularly related to the labor force is the high level of people’s education which is a characteristic feature of the nation. This is also an essential aspect in terms of educational advantages Bulgaria can boast with in comparison to other European states.

Two main factors contribute to the high level of education quality – the existing tradition in the area as well as the inherent genetic high intellectual potential of the indigenous population.

Role of the tradition in education:

Traditionally Bulgarians are famous for the high level of development of their educational system and notwithstanding the fact that there has been a decline in the last few years Bulgaria still preserves its image of a destination where well-trained and competent (or at least quite fast-learning) labor force could be found. The roots of this tradition are to be bound to both the respective socialists’ regime merits as well as even farther-in-time achievements. The strict adherence to the planned economy directives undoubtedly resulted in reaching the level of education as well as the respective knowledge accumulation needed for their successful execution.

Hardly can anyone cast a doubt on the existing bond between the high level of the individual intellectual development and the related to that genetics. Bulgaria stands out with its quite remarkable capacity in that respect as indisputable evidence could be found in the accomplishments of the world-famous Bulgarian mathematicians who are currently the basis of generating extremely high-quality computer specialists available in the country. A large part of them left the country attracted by seductive offers from leading technological companies, but many continue working and developing in their homeland. It is not surprising that a great number of foreign-based businesses outsource their technological and computer as well as their development departments in Bulgaria.

Yes! – It is possible in Bulgaria!

That is, in fact, the concise formula characterizing the nation’s potential.

And the great number of high-education facilities, their more and more modern and practically oriented curricula as well as the unprecedentedly large number of high-educated people represent a serious reason for the expectation of even more impressive results in this area, brighter perspectives before the labor force market and much more better days for the economic and business development of Bulgaria.