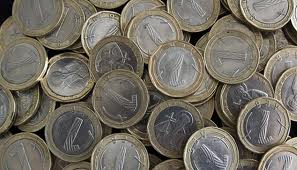 Along with all other sectors which are subject to on-going investments in terms of European funding programs as well as national budget funding, the investments of the Bulgarian national government in the social area play a key role. They are crucial due to their part in the process of preservation and enhancement of the existing living standard as well as prevention of the immigration waves on many occasions blamed for Bulgaria’s deprivation of its most qualified labor force.

Doubtless, since the crisis started the social factor had remained last in the list of the sectors needing finances. What’s more – the introduced by all European states (including Bulgaria) austerity measures resulted in the state social policy exacerbation and deduction of available resources in that regard.

In this very context Bulgaria strictly adhered to the so called “belt-fastening” policy in the years when the right-centrist government (that resigned a few months ago) was in power. The present much more socially oriented Bulgarian government has no alternative but introduction of strong social policy taking into account the existing public tension.

Having in mind all these facts we can definitely anticipate ostensible movement of social investments on behalf of the central budget as well as more successful assimilation of financing from the European Social Fund. Despite disregarding some clear recommendations from European institutions about the gradual increase of the retirement age (currently put on hold in Bulgaria) we cannot omit to point out that the local social circumstances require a non-standard approach and reduction of the austerity measures.

Business viewed, this situation has two key aspects that might be considered a warranty of economic re-start following social investments:

These factors are important since following several years of apparent pessimism and negative expectations there are serious reasons to consider that the people (whose saving rate hit record highs) will at last feel more secure in their income and will restore their consumption levels whereby moving the small and middle-sized businesses. That is why the increased social investments in Bulgaria are to have an enormous positive impact on the overall business environment and the upcoming economic growth.

September 25th, 2013 Posted by RPNAdmin Filed in: Other