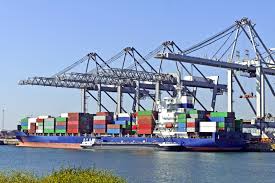 Many Bulgarian and foreign specialists and politicians often consider the export on a world scale an extremely important aspect of the national economy. The export of goods and services represents the practical labor measure of a certain people/nation compared to other peoples/nations all over the world.

Besides, economically speaking the export contributes to the country well-being since it helps production realization in exchange for liquid assets acquisition, easily convertible on the world markets.

According to the Bulgarian Industrial Association the country is currently in a stage of an actual growth. In the context of the overall economic downturn on a grand scale in the last few years one of the main engines of the local economy is the export to other countries.

After the failure of the centrally planned economy and the gradual transition to market economy Bulgaria lost its position of an exporter of traditionally high-quality goods and services in entire economic sectors. Shortly afterwards the fragile market economy started re-gaining its lost markets achieving impressive results.

Orientation to export of particular goods

Unlike its past essence export is now appearing to be a much more complex and competitive process. It is extremely tough for a certain state (especially such with no large financial resources and traditions) to seize leadership in export within an entire economic sector. That is why Bulgaria was forced to concentrate on and specialize in the export of certain goods to certain countries.

The export of services increased tremendously as a result of the outsourcing tendencies along the country, impressive results were achieved in the export of wheat and sunflower seeds as well. This kind of products is building their own image that should help the country’s future even more stable product positioning in these specific areas.

What is most important, however, is that Bulgaria’s annual export is considerably higher than its import which is a main prerequisite of a positive economic development. Moreover – at this very moment of a world economic stagnation, this represents a key achievement of the national economy providing opportunities for the preservation of the existing positions and further economic development.