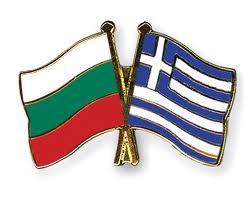 In the upcoming series of articles our team will try to draw an interesting comparison between business opportunities existing in Bulgaria and in Greece as well as the unique economic conditions that appeared as a consequence of the world economic and financial crisis.

For a long time Greece used to be an example to Bulgaria in almost every aspect – starting from the basic elements of the democracy and the market economy and reaching the vast differences in the living standard and the available social benefits. Greece was considered an actual paradise on the Balkans – the only state on the peninsula long ago regarded as equal to the biggest states within the European project of common union and co-operation.

Bulgaria, on the other hand, had just taken the way of the new western-type democracy and the active market economy. Most of the business co-operation manifested itself in “penetration” of new markets from Greek companies in Bulgaria and the use of cheap labor force of low-qualification type in the form of Bulgarian emigrants in Greece.

In the context of this picture hardly would anyone believe the things could change in such a dramatic way within only a few years. The world economic and financial crisis was the event that thoroughly altered the economic relations between the two countries. Opportunities appeared allowing successful combinations of outsourcing and even thorough re-registration of business projects on the territory of Bulgaria following the tough local economic and tax conditions before the Greek business.

What we intend to stress on in the upcoming articles are the things that specifically changed and the facts about the Greek business structures’ investments in Bulgaria – the reasons why so many Greek companies oriented towards the neighboring country of Bulgaria. All this is due to a series of factors based on actual circumstances and business opportunities that appeared as a result of the deep debt crisis in Greece, on the one hand, and the stable perspective of economic development before Bulgaria, on the other. Doubtless, the present situation indicates that the investments in Bulgaria are not only an opportunity for survival of the Greek business, but also an entire new platform revealing serious perspectives for future progress and prosperity of the business project itself.