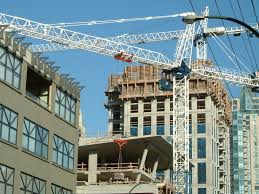 In the light of the overall development of Bulgaria and Greece and the comparison, basis of our analysis regarding the investment environment in each one of the countries, it is essential to pay serious attention to the labor market conditions in both Balkan states. The parallel to be drawn indicates two fundamentally different realities before and after the start of the crisis.

Prior to the crisis

Prior to the world economic and financial and the following debt crisis Greece used to have a dynamic labor market – low unemployment level, high labor force qualification and demand for emigrants in the lower-paid and less-specialized economic sectors – agriculture, transportation, etc. That was well-accepted in Bulgaria due to the tough local economic situation and the rising unemployment that appeared as a result of the local economy’s crash. Many Bulgarians found savoring solution in neighboring Greece accepted them warmly as workers.

After the start of the crisis

After the start of the crisis things thoroughly changed – the Greek labor market shrank, the unemployment rose to unprecedented levels and the social policy crashed. That had its negative impact on Bulgaria as well since it forced many local emigrants to come home which led to Bulgaria’s unemployment levels increase.

The unemployment level represents an indicator of the present economic conditions of the state and especially the labor market status. It is among the key factors in determination of investments predisposition and calculation of investments profitability. The numbers suggest advantage to Bulgaria although the situation is undoubtedly exacerbated on both sides:

The whole situation with the changes that happened on the labor force markets in both countries revealed a series of new opportunities before optimistic investors and well-oriented business entrepreneurs:

Doubtless, all these new opportunities affect in a positive way mostly Bulgaria’s economy, but simultaneously help the Greek one which is in the middle of an ongoing process of serious reformation and optimization of all key economic sectors – venture that is part of the overall recovery of the country.