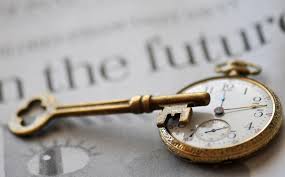 The insurance burden introduced through national legislation and regulatory norms plays an essential role in the investment predispositions towards each particular state and affects its overall business environment. The rather high insurance levels often have a negative impact on the business in terms of greater labor costs that make the end product much more expensive, thereby affecting the consumption levels as well. On the other hand, however, this is the only modern economic way to guarantee the stability of both the social and healthcare systems which are the spine of the entire society ensuring its proper functioning.

The tax and insurance costs are key factors in the investments decision-making process in a certain country. In the context of the ongoing world financial and economic crisis there has been apparent exacerbation of the investment environment in some states (mostly in the ones that have to handle the challenges of the debt crisis as well) and enhancement of these conditions in other states (as a result of the balance restoration).

Bulgaria and Greece seem to be in similar mirror positions now. While Greece is trying to cut its costs and generate more income in any possible way, Bulgaria preserves to a high extent its openness towards investors. The tendency in both countries is a gradual increase in the insurance levels, but while this happens almost by force in Greece in the light of the national government obligations towards the international creditors, this process in Bulgaria represents gradual catching-up with the rest developed economies and reflects the progress of the local economy itself.

All this should be taken into consideration when preparing a detailed analysis about the profitability of a certain investment since such indicators and the tendencies related to their future development directly influence the actual costs of a business project.

The 2012 data regarding the major insurance levels in Greece and Bulgaria as percentage and overall burden are more than eloquent.

Last but not least, we should point out that in the current year as well as in 2014 all prognoses indicate an even greater increase in the insurance levels in Greece in comparison to Bulgaria.

Comparison of insurance levels in Greece and Bulgaria (2012)

November 05th, 2013 Posted by RPNAdmin Filed in: Other