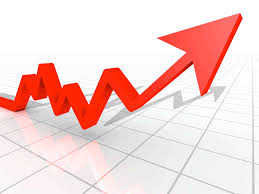 Speaking about Bulgaria and Greece as economic development, labor force market conditions and analyzing it in the context of the new opportunities available to investors, we should take into account the current economic conditions in each one of the countries, its international image (credit rating) and the perspectives and challenges related to the latter.

Bulgaria and Greece look alike in many entirely physical aspects, but seem completely different in historical development and market orientation. In 2013, however, both states look closer than ever in terms of economic factors as well as mutual inter-connection and inter-dependency.

The gross domestic product aids the assessment of economic wealth – it is an indicator of the manufacturing development and the activity level of the business itself. The nominal GDP and GDP per capita represent measures of economic activity and achievements of every single country.

It’s apparent that the most recent data suggest better positions of Greece in terms of the two indicators, especially in nominal GDP. This table can easily prove that the efficiency and productivity in Bulgaria are at a much lower level that the in Greece.

These facts, however, do not necessarily mean that Bulgaria’s economy has reached its peak – on the contrary, there seems to be a tendency of Bulgarian business catching-up with the Greek one. This is, of course, enhanced by the more and more intensive stock exchange and the co-operation between structures in the two countries at every level – private, municipal, national.

The economic reality reveals a series of attractive opportunities to optimize the business on both sides of the border. The deep crisis, however, as well as the exacerbated business environment in Greece forces more and more Greek businessmen to turn to neighboring Bulgaria where basic business indicators (credit rating, taxation, minimal insurance thresholds, minimal remuneration, etc.) seem far more attractive. All these typical economic characteristics of the two states are to be subject to deeper analysis in our next articles since they represent the very key to the expanding variety of investment opportunities in today’s economic reality in Greece and Bulgaria.