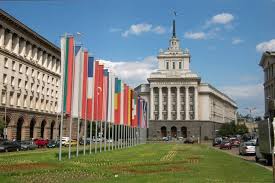 Following the recent rather disturbing events in Bulgaria, especially in political terms, the stability of the local economy and its image before investors were naturally put at stake. The apparent political instability and the fragile new government coalition invariably resulted in raising more questions about the possible scenarios involving Bulgaria’s future being similar to the one of some other poor EU member states.

In this context, a few weeks ago, „Standard & Poor’s” credit agency confirmed the country’s credit rating, but decreased the perspectives from stable to negative which is often considered a sign of the inevitable further decrease of the overall rating. Many specialists claimed Bulgaria’s future is far from bright and the economy will soon face tough challenges.

All these fears turned out groundless, however, following the most recent analysis of one of the other major credit agencies – “Fitch”. The officially released position of the agency confirmed the current country’s credit rating but unlike „Standard & Poor’s” didn’t hesitate to determine the stability of the perspectives before the local economy.

Many reasons for the positive analysis were given. It is obvious that the achievements of the Bulgarian economy in the last decade can’t be ignored only upon a few-months political instability, which generally represents a rather common political situation in the present economic circumstances on a mass scale. We should also emphasize that Bulgaria has active legislation providing control over the state budget deficit and currency board guaranteeing the local currency stability.

The stable state finances and the overall accumulated buffers (the fiscal reserve reached 6.3% of GDP in November 2013) are the very basis of the given positive investment perspectives. In addition, all governments (irrespective of their political orientation) strictly adhere to the course of a low budget deficit – around or below 2% of GDP on an annual basis.

An important sign is also the fact that for the first time for a long time the possible accession of Bulgaria in the Euro zone and the use of the common European currency (e.g. Latvia) have been raised as topics of discussions. And the criteria for that have been fulfilled by the country for a few successive years.

It is clear that the bright perspectives before Bulgaria are yet to come and the economy’s performance seems even better than expected, which is a serious prerequisite for high investment results.