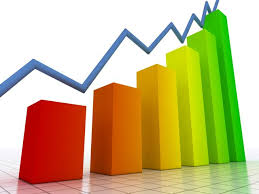 In the context of the slow, but stable economic recovery process in European and world scale, Bulgarian economy shows signs of revival and steady growth not only in macroeconomic terms, but also in social aspects. People seem finally able to feel less depressed by the high unemployment level and the frozen, even lowering at certain points, income levels.

There is a clear tendency of income growth at the end of the above stated period which is an apparent proof of people’s income progressive growth. This scenario perfectly describes the expectations of the majority of economic and financial analysts who claimed that an actual impact on employment and income increase can be considered only after several consecutive quarters of economic growth.

Other two important factors should also be taken into account since they influence both the above figures and the overall economic performance of the country. Those are:

- The traditional increase of spring-summer employment mostly related to agriculture and tourism. This is a factor that could undoubtedly affect statistics of employment and income during certain periods of time.

- The traditional increase of the social security threshold and minimal monthly remuneration. Such a factor definitely affects the average monthly income in terms of its increase.

Despite the skepticism about the accuracy and mostly the possible interpretation of the NSSI data for April 2014, most specialists agree that labor market recovery is indeed in progress. And this fact is inextricably bound to income increase.

Of course, it’s rather early for general conclusions based on such scarce data, but facts suggest that there are positive trends in Bulgaria already. And in many cases optimism of this kind is extremely important for the further positive behavior of all economic subjects, part of a particular economic environment.