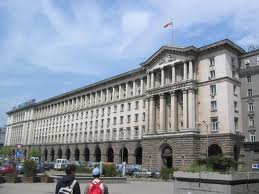 Following a two-year period of serious political concussions Bulgaria seems to be finally finding its way to political consolidation through the newly formed right-oriented government supported by patriotic as well as socialist parliamentary formations. The new rightist coalition got relatively wide support in the new parliament. In addition, the opposition parties (with few exceptions) demonstrate quite mature and constructive behavior at this stage. All this suggests that there are will and capacity for the realization of the necessary, but considerably delayed reforms in many economic sectors.

The new government will concentrate their attention on many areas in economic and investment terms as described below:

- Restoration and subsequent accelerated acquisition of the financial resources available to Bulgaria on many European programs. Actual steps in this regard were already taken – the results are expected soon. Considerable financial resources for large EU approved infrastructural projects are to be practically acquired as well.

- Pension and healthcare reform – the European experience is to be applied in these areas in an effort to accomplish actual results with no additional financial burden on the state budget.

- E-Government – the introduction of virtual administrative alternatives is among the priorities within the current EU program term. It also represents an important part of the new Bulgarian government’s program. This is a guarantee for its practical realization.

- Entrepreneurship stimulation – the right orientation of the government suggests a new management approach – entirely in favor of private business initiatives. A series of measures stimulating the economy through direct foreign investments, tax breaks, etc. are to be introduced.

Beyond doubt, the new long-term elected government was welcomed with a great relief in the country as well as abroad. More importantly, however, a political consensus on the national priorities seems to have been reached and Bulgarian politicians’ behavior reminds of that of their much more experienced European colleagues’. Undoubtedly, political reunion, dialogue, understanding and compromises represent the only possible way of development before any democratic country (including Bulgaria) in an effort to achieve successful economic and social results.

November 05th, 2014 Posted by RPNAdmin Filed in: Other