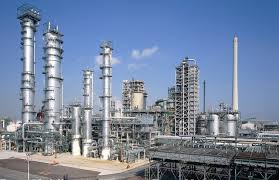 The industry as part of the Bulgaria’s economy traditionally represents an important component of the overall economic development of the country. Throughout the so called “transition period” from central to market oriented economy, however, the industry and manufacturing in the state seem to have drastically reduced their volume. The national economy re-oriented many of its sectors towards tourism, services, etc. In terms of industry, and especially high-tech manufacturing, Bulgaria stands considerably low.

A beam of hope, however, appeared in the last few years. Having become a major destination of outsourcing investments within the European Union, the country is attracting the attention of industrial investors who see its hidden potential.

A huge recognition was made by the consultancy company „Cushman&Wakefield” who defined Bulgaria as one of the fifteen countries in the world with great industrial potential. They position the country at the seventh place in terms of attractiveness of the existing industrial opportunities emphasizing several inherent advantages – labor force quality, low labor cost, low economic and corporate risks, etc. According to the company’s data the country with the greatest potential is Estonia followed by Vietnam and Lithuania.

Many could accept Bulgaria’s positive rating as surprising but the detailed analysis suggests that apart from the above stated advantages the country has everything required for proper industrial development including traditions, competence and orientation of the education, natural resources, geographical position and so forth.

Not surprisingly are many specialists expecting further progress in this area taking into consideration the in-depth analysis of the structural characteristics and investment opportunities of the local market made by serious international investors. This interest is expected to start a process of investment intentions materialization which impact should influence both the national economy and the local population.

The industrial future of Bulgaria appears positive. Good management and reasonable national strategy could practically result in accomplishments higher than the ones in the country’s near past.