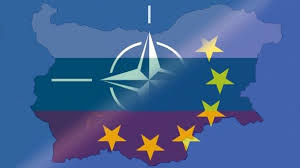 Bulgaria’s political class seems to be facing a serious challenge – almost unprecedented diversification of parliamentary power in the next national assembly as a result of the early election that took place on 05/10/2014. The idea of a national consensus government consisting of several parties is becoming more and more popular and seems more and more likely to be ultimately realized in practice.

Bulgaria achieved considerable progress in economic and investment terms in the last 15 years mostly thanks to the national consensus on Euro-Atlantic goals. This proved that consensus could be the key to success in economic, political and social aspects. The new Bulgarian government is expected to reach national agreement through prioritization of values and ideas that are close to the nation itself.

The unification in this sector is extremely important for the country. It is normally bound to foreign political factors but there are vast opportunities for national consensus in this matter.

A wide coalition-backed government would have to deal with serious disputes on the taxation system and its type (flat or progressive taxation). The consensus is somewhere between these two notions and would represent a rare combination. The ultimate position and unification in this regard would most likely be accomplished through compromises that will make the nation stronger.

This is the area with the highest level of national consensus – the adherence to good financial discipline is considered natural. In addition, the first steps to introducing the euro as a national currency unit are to be taken soon.

Beyond doubt, investment and financial stability as well as economic predictability will be part of the priorities in any future government’s program – a fact that is among the main reasons for the positive investment perspective of the country. The practical realization of a series of ‘painful’, but extremely urgent, reforms in important economic sectors will, however, be the actual challenge since that should be done in an elegant and persuasive manner, while at the same time the end results should be prompt and effective.