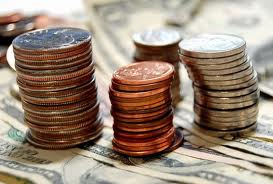 When speaking of Bulgaria’s development as a modern market economy after the end of the centralized economic process, two words always come up – “Foreign investments”. That is arguably the main engine of the entire state development for the last 24 years which turned the country into an example of fast-developing, relatively small-sized state economic entity functioning mostly on the basis of foreign capital investments and “import” and “cultivation” of existing manufacturing and economic models in the current local conditions.

The largest share of active foreign investments in Bulgaria was reported in the years prior to the country’s EU accession (2007). After the beginning of the world economic and financial crisis there has been a logically considerable downturn in their level which is, after all, a world trend and Bulgaria just fell victim of circumstances beyond the control of the local governments.

Nevertheless – a great deal of the local economy continues to count on foreign investments that have already flown into the country and contribute to the development of local economic regions. The local bank system, many manufacturing processes as well as enormous trading companies keep on stimulating and supporting the labor market level and, on the whole, the economic growth of the state.

When it comes to foreign investments, we should take into consideration the fact that they contribute not only with the fresh funding, but also with the extremely important “know-how” thanks to which the local human resources accumulate invaluable experience allowing them subsequently the realization of private business projects. There are many examples in many economic areas in which Bulgarians with sufficiently proper qualification and knowledge regarding a certain business process start up their own businesses, thereby proving the key long-term role of the already realized foreign investment projects.

In the current situation, despite being significantly reduced at this point, foreign investments are still considered by many economic specialists an extremely important resource that helps the still relatively weak Bulgarian economy keep on the way of the positive development and even achieve growth in the global recession conditions. That is why it is essential that Bulgarian governments strive for easing in the best possible way the accession of foreign capital into the local economy, thereby guaranteeing the preservation of the positive tendencies in the country.

September 10th, 2013 Posted by RPNAdmin Filed in: Other