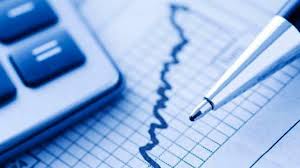 One of the key aspects that characterize the openness of a certain economy towards investments and development is the fiscal and budget policy led by the national government. It represents a specific national label indicating the possibilities of foreign investors to realize successful projects starting their own businesses in a certain country. The stability of a particular economy is one of the leading elements for the accurate analysis of the investment environment and the correctness of the respective decisions.

The fiscal policy of Bulgaria could be defined as strict and entirely formed according to the actual condition of the national economy. That is due, to a great extent, to the introduced Currency Board that guarantees a high level of stability and predictability. Although it deprives the national government of some extremely important tools of influencing the economy (restrictions on the cash accumulation, on the budget deficit, etc.), the Currency Board has an indisputably positive impact on the development of the country.

The previous Bulgarian government with an apparent rightist approach kept strict fiscal discipline that put the country in front positions in fiscal terms within the entire European Union (along with Germany) – one of the lowest debt levels, one of the lowest budget deficits, etc. That made the state name sound as a synonym for security and prosperity of future investments in local business projects on a national and international scale.

The new Bulgarian government already gave clear indications that they will not jeopardize at any circumstances and put at risk of any kind or doubt whatsoever the national fiscal policy that turned into a national priority and an actual magnet to investors. What’s more – their first steps represented an attempt to re-start the economy through a relatively small-sized national debt emission that would not be a threat to the image or the actual fiscal condition of the state. That action turned out to be a real success at this stage since unemployment levels recently dropped and investment environment and consumption levels increased.

Basically, Bulgaria’s fiscal policy, especially at this difficult time of deeply indebted member states in the entire European Union, represents a certain warranty of the positive image of the country in the perception of foreign investors. Not only is it an important prerequisite for the faster and easier meeting the challenges of the world economic and financial crisis, which influenced the national economy as well, but it also represents an actual roll-model to the much more capable, but much more economically indebted other EU member states.