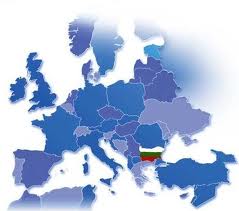 Despite the seriously looking turmoil, especially in banking terms, Bulgaria preserves its relatively stable finances in the middle of 2014. The political crisis that spread through the country more than a year ago, however, affected negatively the financial and economic sector, leaving behind its best performance.

It’s the first time for quite a while that the budget deficit has exceeded 5 % with current rough estimations at approximately 6 %. These numbers, of course, do have their logical explanation and practical manifestation – the deficit increase is mostly due to the socially oriented government policy in the last year. Such policy course was supposedly supported at certain moments as an alternative to the tough austerity measures in the European Union for the last few years. Fortunately, Bulgaria’s budget deficit will hardly exceed the common EU frames and its stabilization is expected till the end of the year.

The government debt size keeps on being the country’s major financial advantage. Bulgaria retains its position and despite the subtle government debt increase it is still the second lowest in the European Union after Estonia’s one. That naturally creates greater positive investment and economic expectations throughout the country. We should not forget the fact that the government debt is the main indicator of the actual stability of the national economy since it does not depend to such a great extent on temporary fluctuations in certain financial aspects (inflation, deficit, etc.). A grand change in the government debt size is possible only in cases of drastic economic changes on a permanent basis.

Apparently some financial and economic indicators in Bulgaria are currently having exacerbated values. They are, however, a direct result of the political uncertainty and instability. As in a few months the country will most likely have a new government with a larger societal support and more right-oriented approach it is logical to believe that state finances will soon re-gain their former values. Along with that, however, there should be an active business policy and realization of urgent reforms in many economic sectors. Undoubtedly, there is hope – but only time will show how much of the current subtle optimism will be realized in practice.