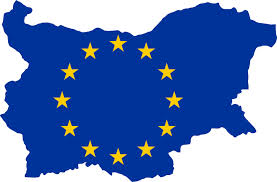 According to the EU Statistical Office (Eurostat) Bulgaria was among the exemplary EU member states in 2013. Country’s data are much better than the developed member states’ ones.

Bulgaria has the second lowest debt in EU

Statistics clearly indicates that with 18.9 % of GDP national debt Bulgaria is among the exemplary EU member states. The only EU country with lower debt is Estonia – 10 % for 2013. That results in the higher trust of international investors in the strength and stability of the national finances which creates a predictable and stable economic and business environment.

In the context of these data it is clear that, apart from all other advantages, Bulgaria can boast with a stable macroeconomic environment, with no serious implications out of the severe EU debt crisis. This was accomplished thanks to the responsible fiscal policy led by all national governments in the last 15 years as well as the Currency board in the country. The national currency stability is guaranteed being directly bound to the euro (the German national currency). Despite some disruptions within the Euro zone, Bulgaria managed to keep itself away from the downturn preserving its good macroeconomic perspectives.

The current socially oriented government’s policy puts a lot of efforts into the preservation of the existing stability and even improvement in macroeconomic terms despite the increased state spending. The main policy course seems to include less austerity and strict financial discipline.
Achieving balance in this process will undoubtedly represent a very difficult and complicated task which, if resolved properly, will result in the success and stability of the national economy. And this could be more than a warranty for the country’s movement in the right direction and the standard increase in business and social terms.