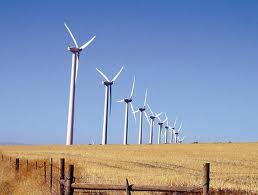 Hardly could Bulgaria be considered a strong factor in the world or Europe’s energy life, but undoubtedly it has a great potential for energy investment projects. The country’s specific geographical location (in the heart of the Balkans) ensures its important role in both energy relations within the region and overall energy markets distribution.

Bulgaria has one of the most modern nuclear power plants in Eastern Europe (NPP “Kozloduy”) that works in full capacity and has a great contribution to the energy volume provided to neighboring countries, thus enhancing the export balance of the state. Besides, Bulgaria took serious steps to realize the project of a second nuclear power plant (NPP “Belene”) and despite its temporary “frozen” status, it is clear that its potential will sooner or later become reality under one or another form.

The country provides investment opportunities in terms of alternative energy sources. Specific legislation was officially introduced in this regard turning the state purchase of such energy mandatory. As a result, many projects (solar parks, wind generators, etc.) came into life. Although there were some risks related to the profitability of such investments, it seems they will turn reasonable in business terms and will contribute to the more flexible and accurate distribution of entrepreneurs’ investment wallets.

In the context of its internal energy potential, used for local needs as well as export, the geographical location of Bulgaria turns it into a strategic energy partner in many grand-scale energy projects. One of them is “South Stream” which realization remains questionable until its compliance with all EU regulation norms, but yet represents an important asset for the country in economic terms.

Taking into account the above described facts we can firmly state that Bulgaria is an attractive energy investment destination. This statement, along with the local traditions in this regard, represents sufficient evidence to consider the national energy investment potential more than optimistic.