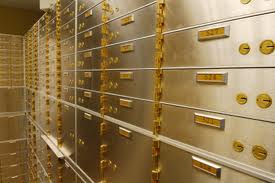 The banking sector in every single country represents direct reflection of the economic conditions indicating both the rate and intensity of the existing business environment. That is why banks are considered institutions which policy has direct impact on business, investments and the overall economic performance.

The banking sector in Bulgaria has high diversity, flexibility and competition. According to many specialists that is the very essence of the state macroeconomic stability.

Most Bulgarian banks represent branches of large international banking companies from different European countries (Greece, Italy, Austria, Hungary). Their policy is synchronized with that of the group, applying, understandably, particular measures corresponding to the local conditions. There are also local Bulgarian banks that are becoming more and more popular.

Condition and behavior in crisis

As a result of the sudden consumption levels reduction following the world economic and financial crisis, banks in Bulgaria initiated the application of rather strict policy in terms of loans approval aiming at prevention against the so called “bad loans”. That led to a record high in deposit interests level in 2009 (7-8 %) which ultimate goal was fresh funds accumulation. The impact on the economy, however, turned out rather negative since high deposit interest levels discourage investors who prefer bank deposits to business investments risks. On the other hand, the harder the loan approval, the worse the business environment and the narrower the investments volume.

Condition and behavior in recovery

Bank behavior in the crisis practically led to expected funds and liabilities over-accumulation in the form of deposits. That automatically changed the policy course of banks reducing interest levels to unprecedented lows (1 – 2 %). Besides, loans approval returned to its normal condition as a procedure and the evidence suggests that it will return to its pre-crisis values as well.

All these aspects of the current bank behavior are considered an important indicator of an upcoming economic growth and further development of the investment market. The normal bank behavior should contribute to the smooth recovery process flow which is to stimulate the process of the steady foreign investments volume increase.

February 25th, 2014 Posted by RPNAdmin Filed in: Other