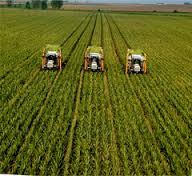 In the current conditions of ongoing world economic and financial crisis investments, as the main growth engine in Bulgaria, are extremely important irrespective of the fact which economic sector they are related to or which their particular source is. In this context we cannot underestimate the tremendous impact of the European funding investments on particular segments of the country’s economy, including agriculture.

The EU policy for stimulation of farmers in terms of successful investment projects has been keeping this sector competitive for decades despite the heavy cost of many economic specialists’ critics. The amount distributed for such purposes within the European budget is enormous, indeed. It, however, gives unique opportunities not only to the more economically developed EU states, but also to the poorer ones to attain stability in the “Agriculture” segment in their countries, thereby being able to preserve the existing advantages and eventually meet the challenges of the Asian economies competition.

In the context of thus created economic opportunities, although being one of the poorest EU member states, Bulgaria succeeds in the more than successful realization of EU investments from the “Agriculture” operative funding program.

What are the trends?

Following the fresh funding inflow and the attractiveness of the existing agricultural subsidies, a long, but massive agricultural technologies modernization process has naturally started. That helped in achieving much higher than the expected efficiency of agricultural investments.

In the last few years we witnessed large-scale consolidation of farmers’ land as well as agricultural business projects. More and more businessmen (farmers) are buying land from ordinary people consolidating their farming areas.

The above mention tendency contributed to the unprecedented increase of land prices in Bulgaria, whereby stimulating the economy through two positive trends – on the one hand, land proprietors generated a considerable cash inflow and, on the other hand, that resulted in the increase of the usable farm land unlike the not-so-long-ago deserted land parcels.

All these aspects invariably played and continue to have a key role in Bulgaria’s economy catching-up process in comparison with the average EU statistics. Besides, they accumulated an impressive increase of poorly-developed rural regions employment where the living standard was utterly exacerbated in the years straight after the transition period started. All this gives new hopes for the brighter future of the local economy.

September 15th, 2013 Posted by RPNAdmin Filed in: Other