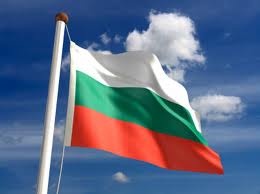 The early parliamentary election in Bulgaria held in May 2013 seems to have been one of the most interesting and competitive in Bulgaria’s recent history. After a series of extremely serious various political allegations and unusually tough election campaign it is now time for real work so that the country’s economic positions could be preserved, simultaneously continuing even the more intense economic development of the state.

But what do the election results indicate regarding the future business climate in the country?

Above all, the election showed the diversity of ideas about the more tangible handling of the economic and financial crisis, which is a problem before the entire European Union, manifesting itself here mostly in the relatively high levels of unemployment and the delayed economic growth.

Although Bulgaria is one of the few EU member states demonstrating positive economic results for the last few years and adhering strictly to its financial discipline, the most serious problems and the highest hopes of Bulgarians are related to creating new jobs in more and more attractive economic sectors which are to be a result of direct foreign investments or local investment platforms of the already experienced large local business.

The election results not only show the democracy in the country and indicate the relative maturity of the ordinary Bulgarian voter, but can also be considered a warranty for the upcoming positive development of the economy.

The narrow difference in votes between the two leading parties – the ex-prime-minister Borisov’s right-centrist one and its predecessor Stanishev’s socialist one as well as their apparent unwillingness to negotiate and form a coalition is a certain guaranty for serious competition which is likely to result in accomplishing positive results.

What will happen from now on?

It seems that the ex-government party will be unable to form a new government and will have to be opposition. On the other hand, the socialists seem resolute to work for a program coalition with the other two parliamentary parties. Such government would have relative parliamentary stability and at the same time – strong parliamentary opposition. This very formula often turns out to be successful in almost democratic societies due to the fact that both the strong competition and constant “opposition” control invariably result in the more dedicated government work and avoiding the underestimation of existing issues whatsoever. It is highly probable that in the next few years Bulgaria turn into a model of working parliamentary democracy with clear objectives and participation of experts and civil societal structures in the decision-making process. And this should increase the economic growth, create favorable business environment and soften the existing public tension.

Should we expect economic and tax surprises?

Serious economic and tax policy diversions are rather unlikely to happen mostly due to the jeopardy and the risk which would be generated. Despite some political slogans and pre-election promises, it seems almost impossible to discuss the proportional tax system replacement back with the progressive one. This means that Bulgaria will preserve its stable economic image and will remain an attractive investment destination. New taxes introduction is also unlikely taking into consideration the upcoming more socially-oriented state policy due to the society’s current expectations.

What conclusions can we draw?

Ultimately – it is extremely essential in a situation like this to have a working government that could continue the positive development trend trying even to enhance some of its social and economic aspects correcting some of the mistakes, but also confirming many of the indisputable achievements. Doubtless, that will not be easy but having in mind the Bulgarian spirit, the traditional Bulgarian hard-working habits and the constant hankering for a brighter future, we can be certain that despite the challenges, the perspectives before Bulgaria are positive and will soon have their real economic shape.