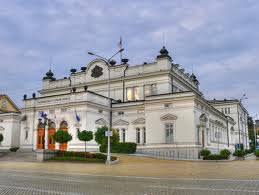 In the last few days Bulgaria has been subject to intensive rumors of a serious bank crisis – a topic that would have sounded unrealistic and even exotic a few weeks ago.

But are there actual reasons for unrest due to bank system instability?

This is arguably the most frequently raised question in the last few days and its answer is becoming clearer and clearer:

„NO, such fears are groundless! – Bulgaria’s bank system is as stable as it has always been ever since the Currency Board agreement.“

Practically, some liquidity issues do exist in one bank only which activity, however, is not closely related to considerable turnover or key market mechanisms. Despite the difficulties, there are clear perspectives for its gradual stabilization with the help and support of the Bulgarian National Bank as well as the government.

The so called “bank crisis”, however, seems to be achieving an important goal – an objective that Bulgarians have been striving for – political reconciliation and restoration of the constructive political dialogue. Considering the conditions in Bulgaria’s economic and bank sector the leaders of the main political parties finally demonstrated actual political class and care about the future positive development of the local economy.

Could this so called “crisis” lead to actual reconciliation?

Politicians will most likely get wiser and more mature out of this situation which should put an end to the political and credit crisis. If that happens in practice, all negative emotions in the last week will not have been for nothing. Hardly could pure constructivism be expected but there are present opportunities for restoration of political dialogue and common action plan on the national priorities followed by every government.

Beyond doubt, the early parliamentary election is one of the key moments in Bulgaria’s future economic development. And the expected political stabilization afterwards, following a newly formed government that counts on wider societal support, should confirm the positive development trend in the last decade and get Bulgaria back on the track of a stable economic growth.