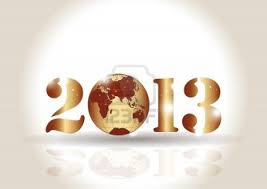 This is arguably the most commonly raised question in the last few weeks. At the end of an intense, but full of hopes, year there is a tradition to go back through the most considerable changes and the accomplished progress in the field of economics, finance and accountancy.

2013 was extremely dynamic in terms of economics and finances. The USA seems to have recovered from the long-lasting recession which was a clear positive sign to the business environment on a mass scale. Investors returned to taking up much more active ventures on international markets.

Despite being obligated to release new bail-outs to the members affected by the debt crisis, the European Union finally saw light at the end of the tunnel. Many countries reported growth (although rather subtle) and the ones in deep recession (Greece, Spain, Portugal) seemed to have achieved better results than the previous year. Here the grand change was the bank union agreement within the EU which main goal is control over the national banking systems and prevention of similar negative scenarios in the future.

2013 in Bulgaria was filled with action. Having started with a surprising social unrest led to the government’s resignation, the year will be remembered mostly with social and political tension and unprecedented mistrust in the national institutions. There were no major changes in economical terms and the country confirmed its economic growth increase. In taxation terms reforms were related to the newly introduced interest tax which accumulated considerable budget income. Besides, a common National Revenue Agency bank account for tax and insurance transactions was introduced. This facilitated the technical transaction process itself, but also resulted in burdening those debtors who had unpaid past obligations (due to the new chronological way of obligation pay-off – according to the date of the obligation).

Practically, we end 2013 with mixed feelings, but with a lot of hope as well, since that is most likely the first year after the beginning of the world crisis that clearly indicates the existence of real bright perspectives in the nearest future.

December 25th, 2013 Posted by RPNAdmin Filed in: Other