Slovenia – The Next „Cyprus”? 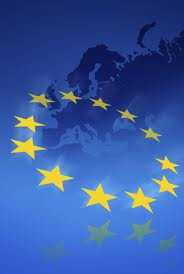 In the last few days the peripheral Euro zone countries status is getting tenser and tighter – in the focus of attention is the not-so-long-ago considered a paradise place “Slovenia”. For quite a long time Slovenians have been given as an example to the other Balkan nations – in terms of behavioral as well as financial and economic patterns of development. However, the crisis is apparently influencing this modest and by default hard-working people. The Slovenia’s bank system is currently jeopardized by real collapse and the “Moody’s” Rating Agency once again downgraded their prognosis for the future development of the state.

But how did all those troubles appear – what are the facts?

The executed analyses undoubtedly proved that Slovenia’s bank system suffered rather heavy losses following the increase of the so called “bad credits”. It is quite common for the mass population to be unable to cover their hard mortgages and consumer credits giving up on adhering to the initial paying-off schemes. All this invariably results in the banks’ slow-liquid assets accumulation, most of which turn into subsequent liabilities for the institutions themselves.

Besides, the state faces serious challenges in terms of the barely reformed public sector which proved that the government cannot always be a good business leader. Many sectors remained far from the expected efficiency, thereby causing the slow development of private business initiatives.

Last but not least, the severe economic and financial crisis should also be taken into consideration since it affected the entire Euro zone and led to the exacerbated position of states like Greece, Spain, Cyprus.

Measures – will EU bailout be avoided?

The newly elected prime-minister Alenka Bratusek introduced immediate anti-crisis measures which ultimate purpose was avoiding a bailout deal with EU and other creditors. A VAT rate increase deal was arranged (2 %) as a tax measure that could lead to the fastest and most painless effect possible.

Along with this the agenda includes important decisions on privatization deals of key public companies one of which is the national air transportation company.

Regarding the initial source of the crisis itself – the bank sector – the separation and foundation of a bank diverting bad credits only is on its way – scenario that is well-known from the situation with Cyprus a few months ago.

Conclusions – how can certain lessons be learned out of all this?

First of all – we should bring up that excessive spending of public funds along with a rather social government policy invariably results in serious difficulties related to the state budget and the solvency of every single state irrespective of the fact how positive initial perspectives it might have had.

Furthermore, we should not ignore that when referring to situations like the ones in Cyprus and Slovenia, it is always about rather delayed or never undertaken reformations of many public sectors. It is apparent that governments are rather slow in reforms introduction and execution adjusting to new realities – unlike the private sector which, however, is fully dependent on the state regulatory functions.

All this represents an alert for all European as well as world leaders who obviously realize that reformation and control are inevitable in the future much more successful management of the European as well as world economy. It is not a coincidence that problems like the ones in Slovenia sound rather unfamiliar to the not-so-long-ago considered rather slow-developed states like Bulgaria and Romania.

In the context of all these specific issues Bulgaria demonstrates strict financial discipline as its international credit rating is constantly increasing. And this is the very proof that control, constant surveillance and key European Commission guidelines, strictly followed by the governments in the last few years, represent the most accurate formula for the future progress and prosperity of each single member state.