Advantages of the Proportional Income Taxation 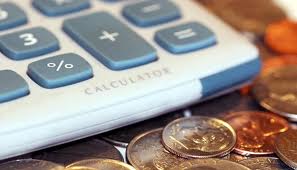 There are a lot of comments on the advantages and disadvantages of the proportional income taxation. Many economic and tax specialists express their opinion on the particular effect this very tax type is having due to both the strong and the weak points of such practices.

The majority of qualifying analysts opine that the proportional taxation is the most appropriate kind of income taxation system for Bulgaria due to its stimulating economic features which have no alternative at the current level of economic and financial development of the state.

But what in particular does the proportional (also known as “flat”) taxation stand for?

What is most typical for this type of taxation is “the justice” it implies – many experts opine that it is justified to levy all people with equal tax burden. It is claimed to be the tax which does not discriminate the personal qualities and accomplishments of the individual. In that respect the proportional taxation meets the demands of democracy in its pure shape, disregarding certain social convention considerations and emphasizing the importance of the self-initiative. That is why it is considered to be much more applicable in the recent decades of capitalism in most of the world’s states where the individual entrepreneurship spirit has turned into the moving engine of the economic progress. As a matter of fact, the rather heavy taxation of businessmen and entrepreneurs turns out to act as a stimulus against future economic development, depriving the most powerful and creative individuals of actual financial instruments to boost the overall prosperity through investments. Let alone the fact, that non-proportional taxation lacks any economic and democratic logic.

This is the tax that allows those who work more and generate more not to be punished for this act.

The “flat” tax is applied mostly in states that have recently founded new economic and democratic principles and its ultimate goal is boosting the economic growth. The proportional taxation system is regarded as especially important for a developing economy due to its ability to attract foreign direct investments. Through this practice governments create favorable business environment for the success of every sensible business initiative at least in terms of the taxation burden on the economic entity. That is why such practice represents a key approach used in developing economies in an effort to catch up with their serious economic lag.

Another advantage of the “flat” tax is its availability to ordinary people in terms of manual calculations without the need for using different tables, graphics, complicated formulas or the services of financial, economic or accounts specialists.

Speaking out of our own experience – here in Bulgaria – we can definitely claim the proportional taxation introduced at the beginning of 2008 led to a dramatic drop in tax evasion practices as well as to a remarkable increase in the tax collection rate. The grey economy share decreased and basically the implications of this tax introduction exceeded even the most optimistic expectations.

In the context of today’s economic downturn, Bulgaria’s governments are acting quite responsibly in terms of their economic policy and possible future changes. It is not surprising that none of the largely supported and likely to be elected political parties speak out about changing the proportional taxation although such an action would not be deprived of social logic and populist benefits. In fact – this type of tax system construction is widely acknowledged to be the most efficient one for the future development of the state (with no serious alternative) and is claimed to represent the most certain proof of the country’s even more investment-friendly image, thereby being one of its greatest asset.

Bulgaria attracted a considerable share of European and non-European investments in Eastern Europe, strictly adhering to the financial and taxation recommendations of the European Commission as well as keeping its economic environment one of the most favorable in terms of foreign investments within the EU.

In conclusion – the practical advantages of the proportional taxation system have been proved efficient through the years. It is a well-known fact that many of today’s highly developed economic countries previously turned to this type of income tax patterns. That is why it is doubtless that Bulgaria should keep steady on this course providing the world’s biggest investors with a great opportunity to realize their future business initiative optimization processes by outsourcing a great deal of their actual entrepreneurship projects into this favorable taxation environment. Hence, no wonder more and more large-scale international companies show their interest in investments in Eastern Europe, specifically paying attention to and exploring new business opportunities in Bulgaria.