Greek-Cypriot „Sirtaki”. What Went Wrong? How Did Europe Allow That? 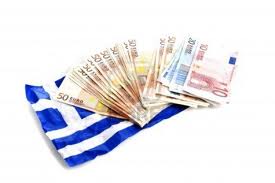 For the world economic and financial crisis and its escalation a considerable blame could be put on the “Greek-Cypriot” scenario. Both states will apparently be on the front page of “the guilt list” in the upcoming efforts to explain the causes, reasons and implications related to this mass recession and the utter exacerbation of the economic environment.

But what exactly went wrong and how did we reach this dark scenario?

We could hardly blame only the Greek and Cypriot governments on power in the last decade. The true reasons for this unpleasant occurrence are much deeper.

On the one hand – it is an indisputable fact that obviously the life standard reached in those countries is far above their actual resources estimation as well as their gross domestic product. This unreal increase of both consumption and income with no actual reflection in the economy with regards to products accumulation continued several years before the serious implications manifestation witnessed today. Beyond doubt, Greek and Cypriot residents have led a life far above the standard of their true material state, i.e. “on credit”.

On the other hand – the bank sector in the two countries was not efficiently controlled by the state regulatory authorities (The Central Bank). This gradually resulted in the extremely high increase in crediting which could be an economic stimulus, but practically could also jeopardize the future financial development of the country. The so-called “bad” credits accumulated the extra indebtedness of ordinary people which led to extra indebtedness of banks. As a result of that the governments were forced to apply for bailout plans from foreign resources in an effort to preserve their bank sector as well as the finances of the state and prevent default.

How did Europe let that happen?

Speaking of guilt, it is more than certain that it cannot be put on the governments themselves (Greece, Cyprus, etc.), but the international institutions obliged to strictly control and carefully examine similar processes within the Currency union should be also held responsible. Their lack of action indubitably played a tremendous role in the subsequent circumstances.

In the context of this entire situation Bulgaria left no doubts in its finances stability. Although many of the big banks on the Bulgarian market have Greek ownership, the government succeeded in defeating any fears over possible instability of the bank sector. Unfortunately, however, the Bulgarian economy is inextricably bound to the Greek one and this undoubtedly had a negative impact in many areas. Nevertheless, the trust in the Greek economic recovery is increasing and this, along with the recently traditional Bulgarian financial stability, gives positive perspectives for good investment environment.