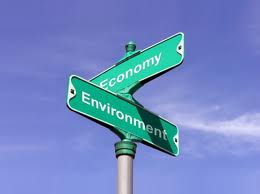 In an effort to get a better understanding of the tendencies, prerequisites and the reasons for the investment markets trends as well as explain the business behavior from both sides of the border (Bulgaria/Greece), it is essential to execute an, although concise, analysis of the basic economic parameters in each separate country. This is extremely important due to the fact that the macroeconomic environment is a number-one consideration when making crucial investment decisions.

Doubtless, Greece has been experiencing certain economic difficulties ever since the beginning of the world financial and economic crisis. Moreover, it is often blamed for the expanding debt crisis within the European Union. On the other hand, however, Bulgaria has been inextricably bound to the Greek business for much longer than since the beginning of the recession. That is why the two economies develop in intensive co-operation and deep co-relation having one and the same factors influencing the economic environment in both states, of course, bearing in mind the difference in the intensity and strength of their manifestation.

The economic growth represents a main indicator measuring the strength and development of a certain economy. It indicates not only the achieved results, but also the future development perspectives. In this regard Bulgaria has considerably better characteristics in comparison to Greece in the last few years which sounds logical in the context of the debt crisis:

It is obvious that the debt crisis, the downturn of the national credit rating and the almost defaulted local Greek economy affect in a negative way these important economic indicators. And they are main criteria in the decision-making process when planning future investments from foreign companies as well as local Greek firms.

Unlike the Greek economy, Bulgaria’s one managed to deal with the EU crisis in a relatively easy manner. Its main characteristics remain averagely positive although we should acknowledge the far lesser volume of the manufacture and services, hence – the much less considerable share of the economy in the overall European framework.

Other important economic indicators will be subject to further analysis from our team in the upcoming articles and the stress will also be on the comparison/parallel between the economic environment and the business reality in Bulgaria and Greece.